The first Toupim®headband was a onetime project for a dear friend/colleague who had started the chemotherapy and felt unhappy with her wig. Pretty soon it was clear that this was an interesting new design. Nobody suspected she was wearing a hairpiece. They gently pulled her braids and said: ‘Hey, your hair looks nice today!’

It became clear that more women were looking for alternatives for the classic wig.

Because this design didn’t exist yet, getting a patent was important. After the first patent being licensed, the company opened its doors beginning of 2007.  Soon after the Toupim®headband was licensed with a second international patent.

Nurses and specialists were thrilled about this invention.

The ownhair-headbands appeared to be a great comfort for women during chemotherapy. Being able to keep your own appearance and the invisibility of the hairpiece makes it a unique concept.

Now, many years further, the business has grown and the ToupimTeam extended. We hope to help women and girls (all ages) all over the world with a Toupim®headband preferably made of their own beautiful hair. 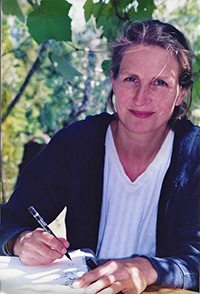